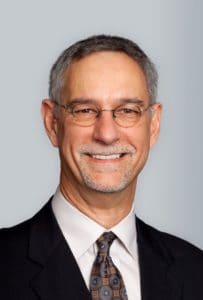 Late last month, we lost a friend, devoted CAFF board member and tireless champion in Sacramento fighting for family farms across the state. Pete Price served as CAFF’s legislative representative from 1998 to 2010 and joined the board in 2000 where he chaired the Policy Committee. Working to reform our food and agricultural system, Pete volunteered countless hours, always guided by an unwavering commitment to fairness, justice and sustainability. Pete was determined to retire from CAFF once and for all this December, but a bicycle accident cut that goal short. His legacy, however, lives on.

Pete is survived by his wife, Susan, two daughters and their grandchildren. Our hearts go out to his family.

What follows is just a small glimpse into Pete’s legacy and a few remembrances from the CAFF community, all of which point to the realization that we’ve got big shoes to fill.

Born at Cape Canaveral to an Air Force family, by the time Pete was in high school he’d moved to Riverside, CA. After graduate school at UC Davis studying English, a friend who worked for the legislature got him a job in Sacramento. By 1980 he was putting his skills to work as a speechwriter for Willie Brown, then speaker of the Assembly. As Pete remembers it: “I got no sleep for six months.”

It was while working for the Assembly Office of Research that Pete first began advocating for family farms. Recognizing the joint obstacles facing retiring farmers and those aspiring to enter the trade, Pete argued that the state should help make connections, ensuring farm succession. Although the initiative failed, California FarmLink took Pete’s lead and began doing just that. As for Pete, he wasn’t done with farms.

In 1988, he once again began working for the Speaker of the Assembly, this time focusing on environmental issues. Pete began learning more about the promise of sustainable agriculture. While he no doubt also saw the nefarious influence of industry lobbyists, it was there that Pete realized that lobbyists can also play an invaluable role educating legislators on behalf of community-powered groups. Seven years later, Pete started his own lobbying practice.

Pete’s clients ranged from environmental groups like the California League of Conservation Voters (CLCV) to agricultural groups like CAFF. While they all shared a similar vision for a more healthy California, what made Pete stand out was his understanding that to protect our land, water and ecosystems, we can’t simply say “no” and nor can we succumb to extremism that only alienates. Instead, Pete sought positive, collaborative and proactive solutions that empowered those working the land to do the right thing. Long before it was trendy, he carved out a space in Sacramento for sustainable agriculture. His measured approach opened doors, built bridges and encouraged dialogue. It’s this legacy that we at CAFF vow to carry forward in years ahead.

Pete’s Achievements As Part of CAFF

How we choose to honor Pete’s Legacy

In honor of Pete, we at CAFF are announcing the creation of the Pete Price Farm Policy Champions Fund. The Fund will provide resources for farmers and sustainable agriculture advocates to engage in California state policymaking. Interested parties can make a contribution here. In addition, CAFF is creating the Pete Price Farm Policy Champion of the Year award, as part of our annual recognition of food and farming champions across the state which we’ll announce at the (virtual) Small Farm Conference in February 2021. Nominations are now open here.

To read more remembrances of Pete from CAFF staff and board members, click here.