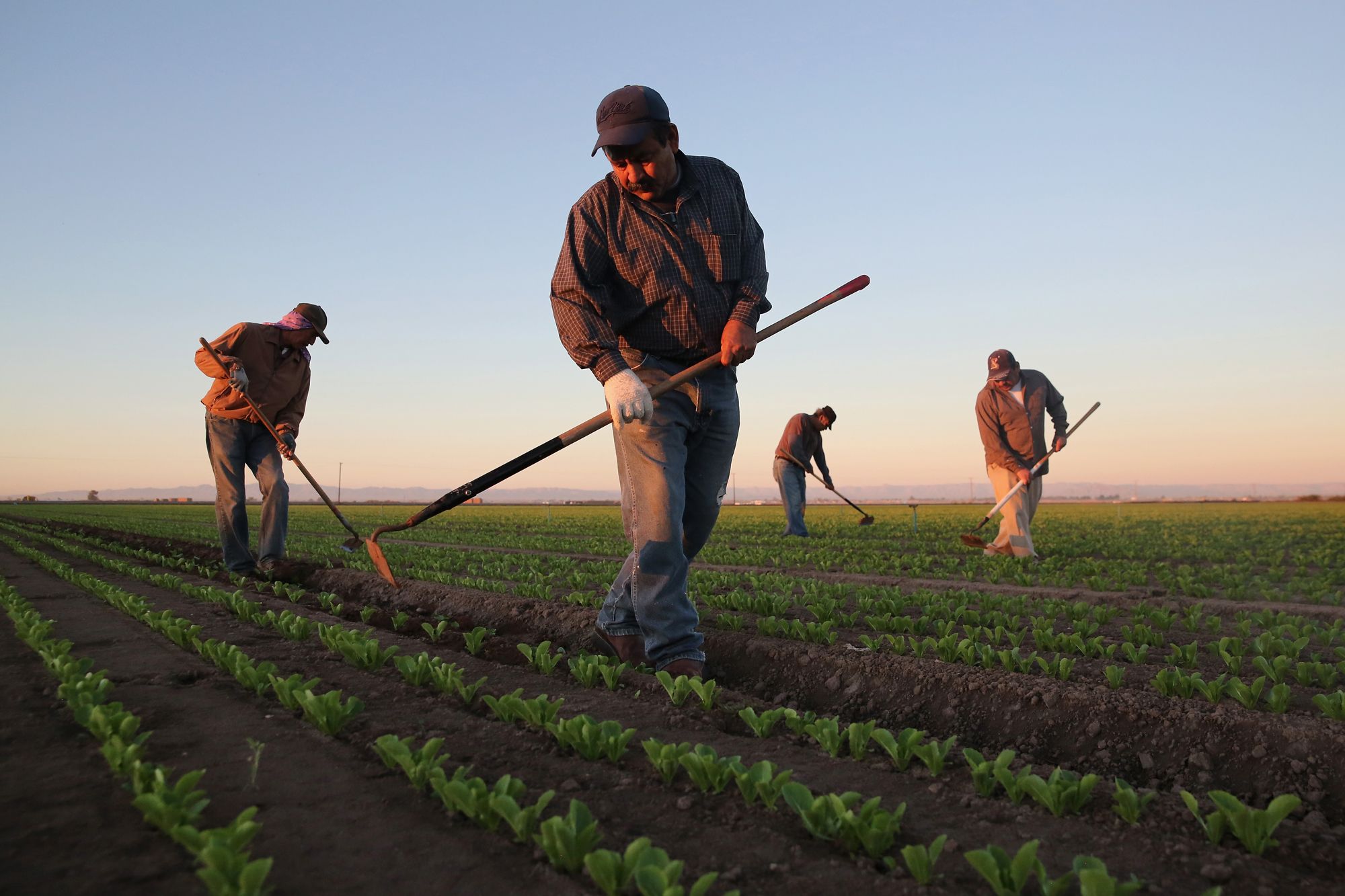 A socially just farm labor policy is a basic element of agricultural sustainability, along with environmental stewardship and economic viability. We start from a recognition of human dignity as a core principle for immigration reform. An agricultural immigration policy that treats workers as indentured servants and production inputs and not as members of families and social networks cannot be sustainable.

Comprehensive immigration reform is absolutely necessary to end the problems associated with having undocumented workers in the United States. Everyone in the country needs legal papers. The goal should be to eliminate all incentives for employment of undocumented workers. This requires the legalization of the existing undocumented immigrants and a sufficient annual influx of legal immigrants at all skill levels. However, if a significant population of undocumented workers remains after immigration reform, with no obvious path to
legalization, then such measures as e-verify and secure ID cards will be just as problematic for agriculture as they are today.

The United States was built by the labor of manually skilled immigrants. The notion that this country only needs wealthy or highly-educated immigrants is simply mistaken. Some of the principles of immigration reform with respect to agriculture that CAFF and NSAC have identified include:

1. Legalize all current undocumented farm workers and their families, with a path to citizenship for those who continue to work in the United States (Dianne Feinstein’s Blue Card)
2. Implement rapidly a work visa program for new immigrant manually skilled workers and other classes of workers

3. Once these programs are in place and all workers are legal, could institute E-verify and employer sanctions to prevent a new undocumented population from arising

The H-class guestworker programs—e.g. H-1B for tech workers, H-2A for agricultural workers, and H-2B for manually skilled non-agricultural workers—all suffer from the same flaw: employers apply for immigrant workers and the workers are then tied to a specific employer. The lack of portability of the visa inevitably leads to abuses by some intermediaries or employers—such as taking bribes, charging workers for equipment or transport, requiring excess work, or demanding a portion of future earnings—since the workers fear retaliation if they complain. In the case of H-2A, the agricultural program, employers complain that it is expensive, bureaucratically complex, and focused only on seasonal labor. The main users of the program at present are farm labor contractors and grower associations, who can afford to house, transport, and feed the workers by spreading the costs across many farms.

The Bracero Program brought agricultural workers from Mexico from 1942-1965. As with H-2A, grower organizations had to house, feed, and transport the workers. Though there were good employer associations, such as Coastal Growers in Ventura citrus, there were many abuses of the workers—Texas was thrown out of the program—and wages were not increased for over a decade. The program was ended as a result of a public campaign by a coalition of labor unions, religious groups, and urban Democrats, in part thanks to the mechanization of cotton and sugar beets, which solved the seasonal labor problem in large parts of the South and Midwest.

Unlike H-2A or the Bracero Program, the CAFF/NSAC approach relies on market forces to allocate workers rather than costly bureaucratic mechanisms. It reduces incentives for undocumented migration or desertion. It reduces immigrant smuggling and associated enforcement costs. It provides an avenue for ongoing legalization of the labor force in agriculture, allowing for eventual implementation of E-verify. It encourages immigrant integration since newly-admitted foreign workers would be allowed to work year-round and remain in the United States if they continued to work. During periods of high seasonal unemployment, workers can return home to their country of origin, or seek non-agricultural work, reducing the social costs associated with seasonal employment. Agricultural work visa holders would not be confined to separate on-farm gender-segregated housing, and portable visas, paid for and held by individuals and not linked irrevocably to a single employer, would reduce longstanding gender discrimination in worker recruitment.

Copyright 2021, Community Alliance with Family Farmers | All Rights Reserved
Scroll to top
Change Location
To find awesome listings near you!